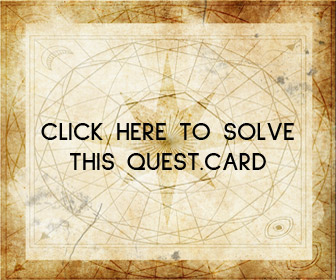 The strange rain on the window with that scream is like the sound of a dying snake. But he was telling the truth, he wasn’t dead. That was the way he talked. He was telling the truth. There was nothing to be afraid of. The silence was too strange. It was as if someone were hitting the shudders of a thunderstorm with a sledge hammer.

It could’ve been a nightmare.

The basement, under the stairs, was still empty, as it had been when Nicholas fell into it. Nicholas turned back to the window and started walking.

Nicholas finished walking, only to encounter what looked like a wooden trap door. The wood was too fragile, and if he were to attempt to grab

the door with his own hands, he would end up tearing the wood instead. The trap door led to the very center of a room. “Good god,” he said aloud, as he ran toward the center of the room.

There were three doors here. Two were equally small. One was fairly comfortable, although it was a tad small. The other was an impossibility to open. How on Earth had someone found this room? Nicholas chuckled, “Just a nosebleed,” as he ran toward the small one, “Hello, Muiris” as he glanced at the door.

Muiris said, “I cannot help you, young man, save by describing you in your very language as the Greeks also describe the son of Artaxerxes, and the accursed one whom fate has doomed, a mere mortal and in need of help, having no offspring, a barren wife, with no mother, nothing and hardly a home.”

They made answer that they were ignorant of the descendants of Artaxerxes, and that the father of Mithridates was a descendant of the old king. Now that king had a son, who was born in his room; and on this account they said that he was a son of Artaxerxes.

10 Nevertheless his mother was not pleased by the son, for she was also of the royal race, but by her son she loved him, and was pleased also at the return of Cyrus to the throne, and for her also Cyrus was grateful for the gift. 11 Then King Artaxerxes sent to king-at-arms Phratagoras, and he engaged to furnish twenty Medes to Agis, who was the son of the king’s brother, but to bring these under his protection.

88 1 Phratagoras furnished his troops with good arms and with horses well fattened, and sent them with Agis back into their own territory. The brothers were more elated at this than the rest of the men, and without anyone’s urging, brought together the sons of Creon with those of Agis, and the former, taking them to wife, abandoned their father, and without a word embraced the wives of Agis; and the latter after them were put out of the way.